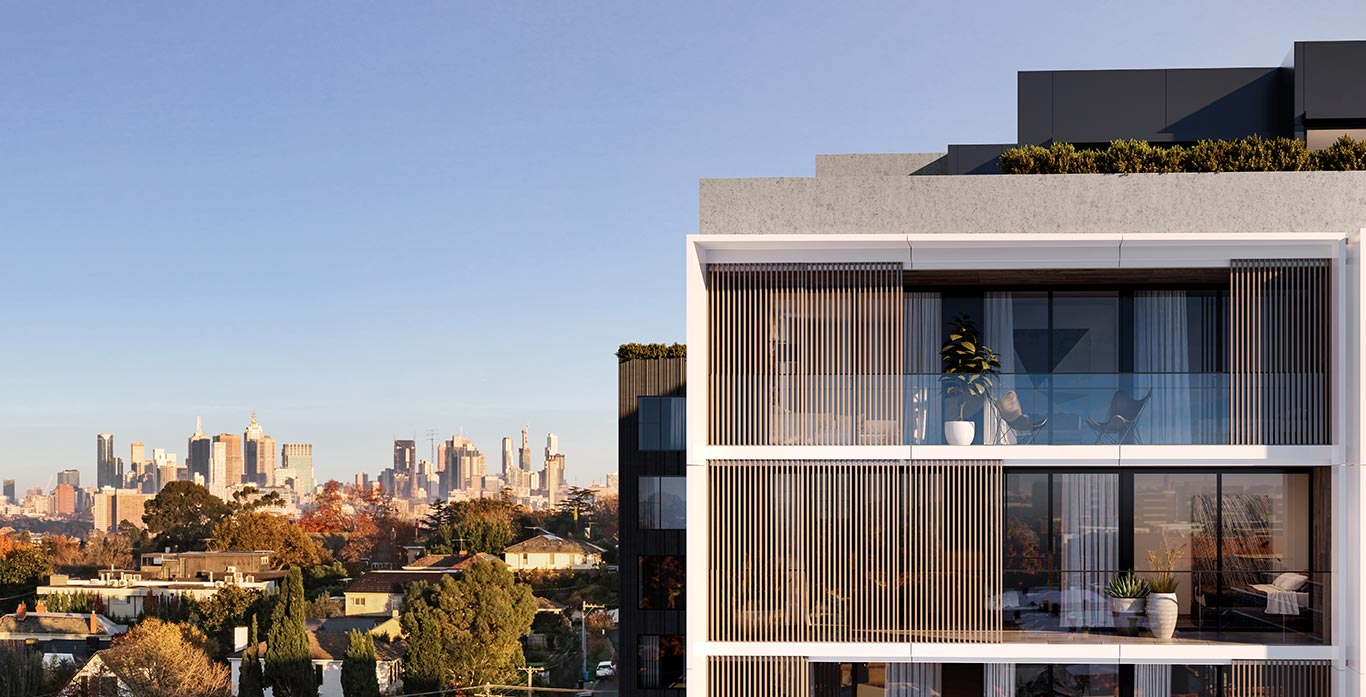 A collection of 1, 2 and 3 bedroom residences created to capture panoramic views of the city.

It’s simple. Kew draws everyone because it has everything. You will find a blend of couples, families, and independent people, young and old, residing in the suburb. Kew’s amenities strongly advocate leisure and the locals’ collective love for relaxed living. Who wouldn’t want to meander through one of Kew’s serene parks or set out on a rowboat ride on the suburb’s slice of the Yarra at Studley Park?

Delving deeper, it becomes evident that Denmark, the country, and Melbourne share multiple connections. The minuscule yet powerful European nation and the Melbourne suburb are both architecturally wealthy; their charismata communicated through the diverse presence of buildings including historical structures, Art Deco homes and modern designer establishments. Both are at the epicentre of design innovation and the addition of Kew’s own Denmårk, a series of luxury apartments, seeks to elevate this status even more. 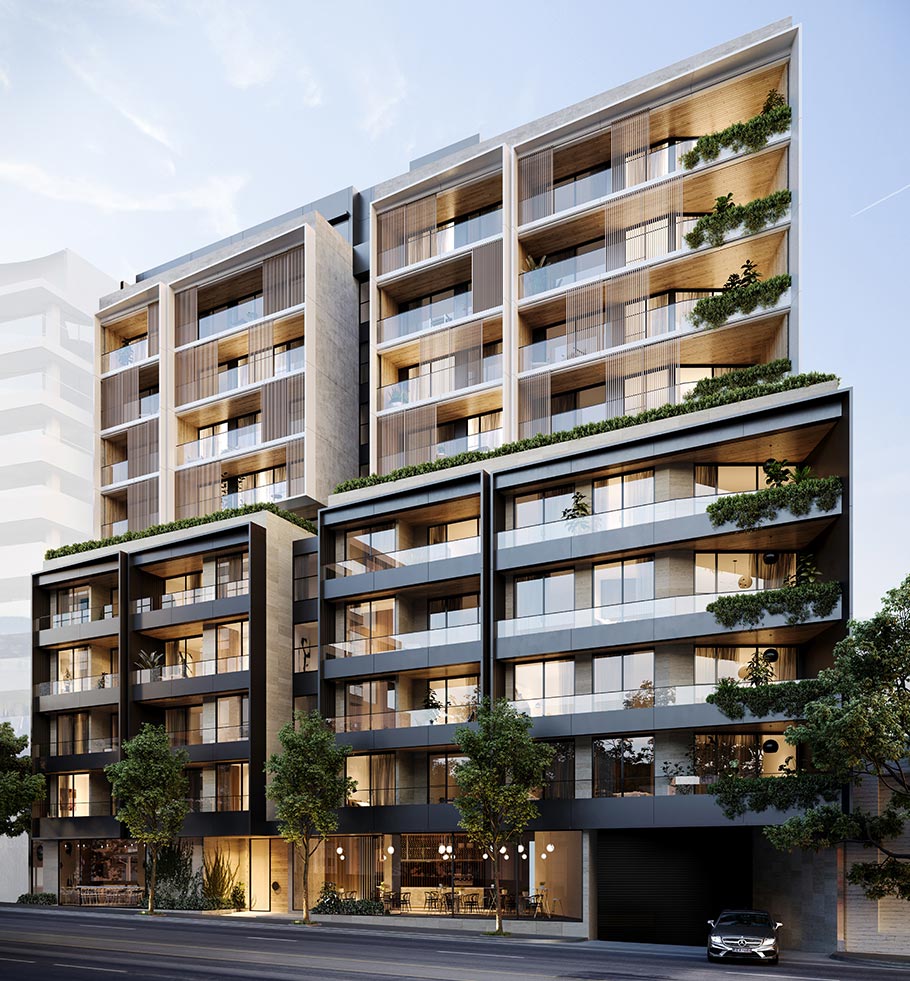 Chandler Architecture has encapsulated the sophisticated aura that Kew holds in Denmårk’s design. Facades highlight the iconic Scandinavian materials of blonde timber and natural stone, pairing them with contrasting black steel elements to create a premium residential feel that is both inviting and timeless.

Denmårk’s architecture descends from Nordic design, traditionally characterised by simplicity, minimalism and functionality. With an elevated position and two principal frontages, Denmårk was created to exquisitely capture panoramic views of the CBD, which sits a mere five kilometres away, and to provide vistas of Kew and its verdant neighbouring suburbs. 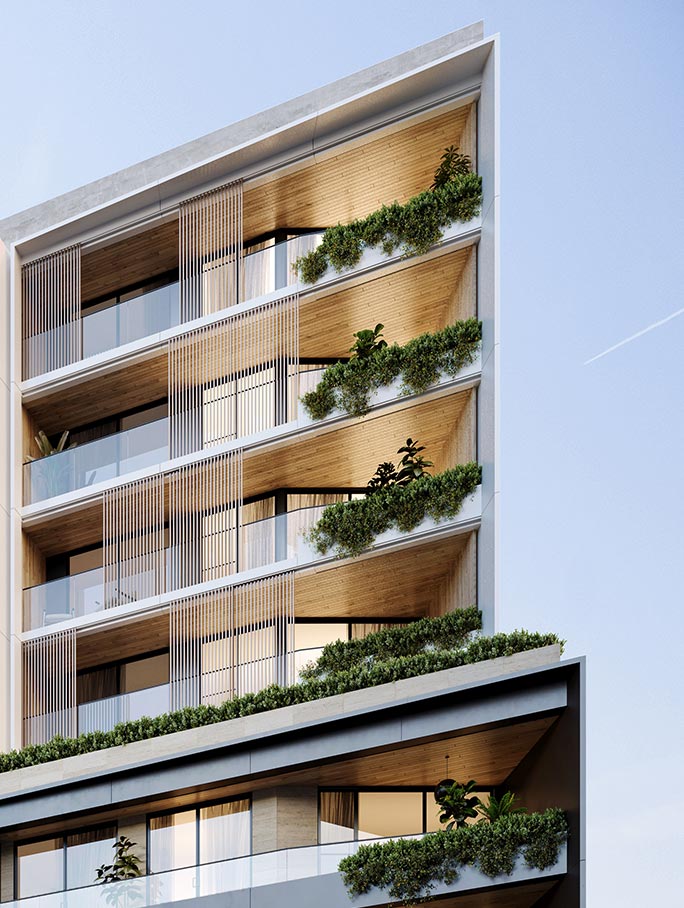 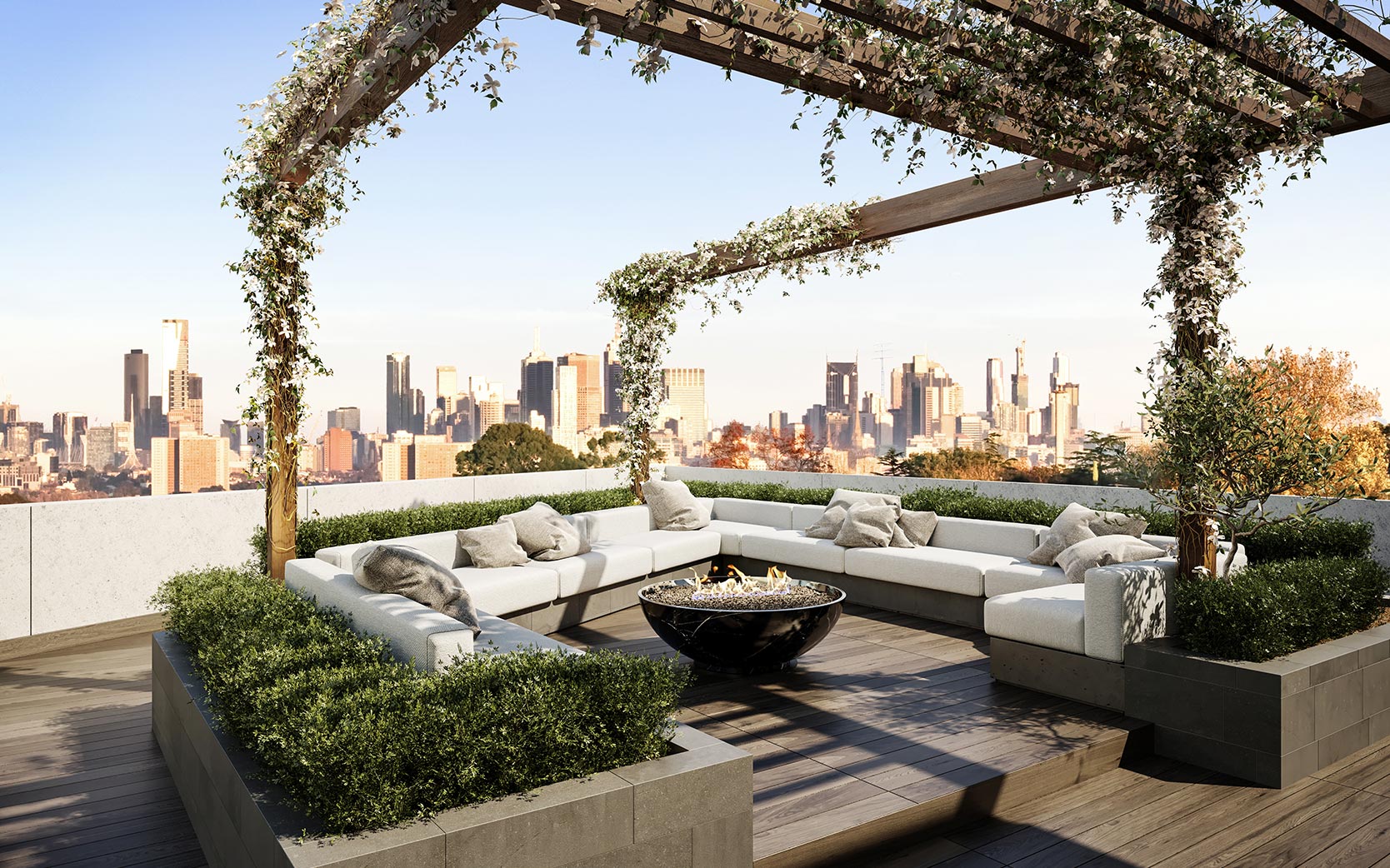 “Denmårk is a unity of elegant
materials – all wisely included to
form an enduring project.”

The project’s central location provided the opportunity to create an immaculate residential building, complimented with a terrace accessible to all residents. Found on Level 10, the terrace includes bench seating alongside a communal table, further connecting occupants to the outside, and with each other, in one of the most innovative ways possible. A place to unwind, celebrate and enjoy good company, Denmårk paves a new way for modern and refined inner city living.